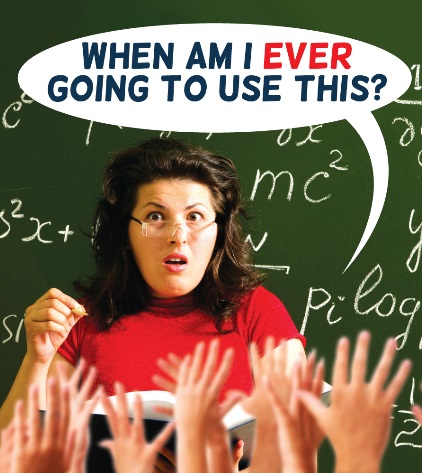 We’ve all heard it. Students are baffled by why they need to learn algebra, the periodic table or why light bends when it enters water. “Who cares” one rather eloquent student put it during my latest grade 10 optics lesson “when will I ever need to calculate the index of refraction”.

Why do we need to learn these things in class? When will we ever use it? It doesn’t matter that you don’t want to become a scientist or nuclear physicist, everyone needs to be aware and appreciate the world around them in order to make sound life choices. I tell them that’s it’s imperative that they can think for themselves and come to their own conclusions based on the evidence in front of them and their prior knowledge. I tell them that no one should be ignorant of the world around them because those people rely completely on others to tell then what to think and when to react. Sometimes without a strong conviction reached through your own evidence collection and synthesis of information, you will be less likely to choose the most beneficial path. Some excellent examples include wildlife preservation, the importance of not smoking, climate change as well as issues relating to outer space as seen below. 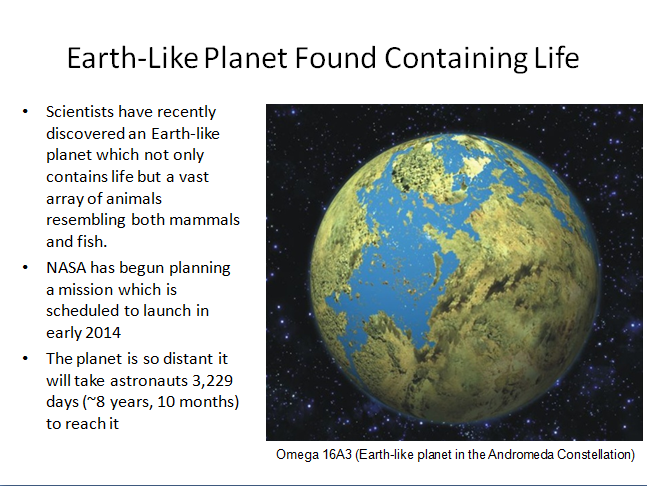 This is something that I made over the course of about 5 minutes. It shows how easily one can be taken-in by a of good presentation from someone who appears to know what they are talking about.

I explain to them that just because the talking head on the screen tells you something doesn’t mean you should always take it at face value. You need to keep in mind that even the best reporters are biased or influenced one way or another by their own experiences or from the people they report to and this will inevitably skew the way the information is presented. Instead you need to take in the information and come to your own conclusions based on your prior knowledge and research.

A great example of this was the relatively recent publication that vaccines can lead to autism. This 1998 “study” performed by Andrew Wakefield ” titled The Lancet claimed a link between autism and the vaccine for measles, mumps and rubella” which launched “an international backlash against childhood vaccinations.” This study was discredited and eventually retracted in February 2010 and no follow-up studies have ever established a link between vaccinations and autism and yet this misinformation still lingers in the minds of many parents who heard it second or third hand and as a result, prevented their children from receiving very important vaccines early in life.

Other blown-out scares include The Swine Flu and SARS which killed only about 800 people and yet made my hometown of Toronto feel like Ground Zero in the summer if 2003. “More recently, we’ve had bird flu to worry about – the H5N1strain of avian influenza. In 2005, David Nabarro, the newly-appointed Senior United Nations System Coordinator for Avian and Human Influenza, warned the world that an outbreak of avian influenza could kill anywhere between five and 150 million people. “A draft report of the federal government’s emergency plan predicts that as many as 200 million Americans could be infected and 200,000 could die within a few months if the bird flu came to the United States,” he said. Once again, things weren’t so bad in the end after all. By 2006, when the outbreak appeared to have died down, the number of cases reported to the World Health Organization (WHO) had reached just 228, of whom 130 died.”

I’m not saying that reporters are trying to brainwash everyone and that the news is also skewed to promote a certain personal agendas, I’m just saying that as individuals we need to always think and come to our own conclusions and afterwards if you feel the need to panic then go ahead but don’t do it simply because someone tells you to. That is what I tell my students when they ask “Mr. Ferguson, when are we ever going to use this in real life?”

I would love to hear your opinion, what do you tell your students?