Osmosis and the Mighty Potato – Classroom Inquiry and Demonstration

This demonstration shows quantitively and qualitatively, the effects of osmosis. At the bottom you’ll find the results of the experiment I did in my class and trust me, the results are significant. 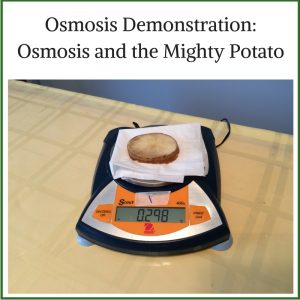 Materials needed:
• A potato (or multiple if you students will also be doing the experiment)
• A knife
• A balance
• 2 plates with lips to avoid spills
• Tap Water (fresh water)
• Salt

The Activity:
1. Have your students draw this chart. 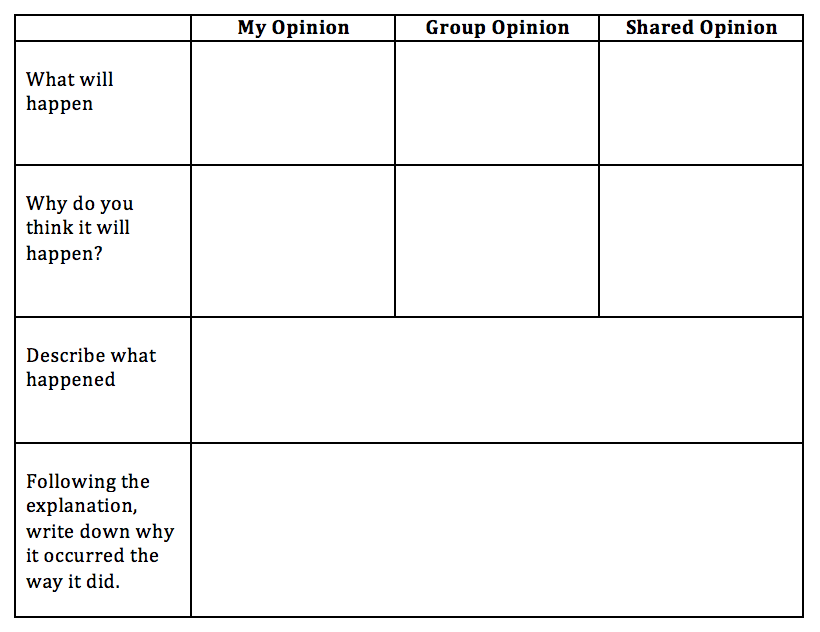 2. Ask your students what they think will happen when you place a cut potato to two different environments. One in fresh water (tap water) and the other in salt water. Have them write it down in the ‘My Opinion’ column including why they think so.
3. Have your students share their answers with the person beside them. Each student should then write the combined opinion in the ‘Group Opinion’ column as they did before.
4. Lastly, have each group share their results with another group and write the consensus opinion in the ‘Shared Opinion’ column.
5. Weigh both cut potatoes and record the masses. 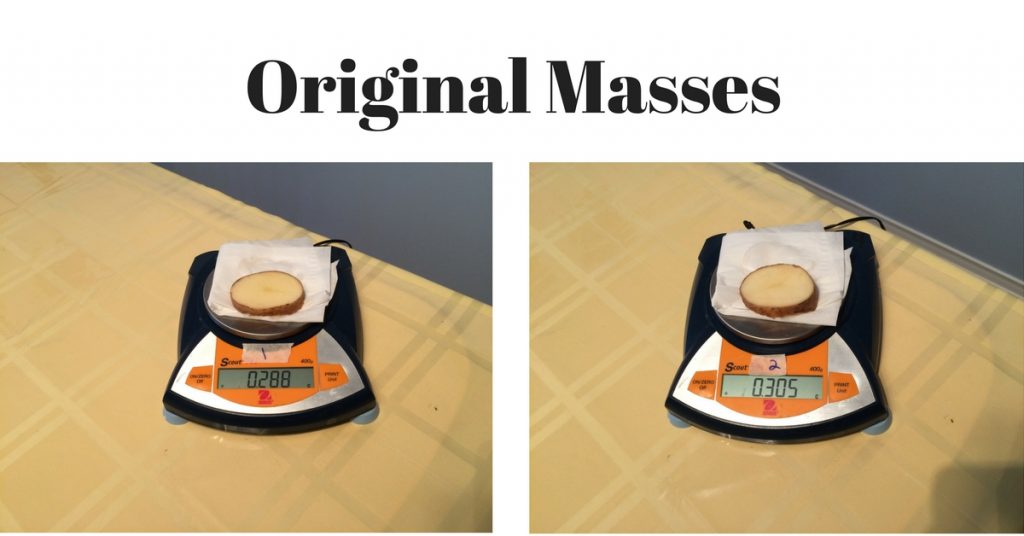 6. Perform the demonstration by placing one cut potato into the dish with fresh water and the other into the dish with salt water. Make sure you saturate the salt water plate, and then add more just to make sure. You’ll need to wait about four hours so now is a good time to do something else. It can get pretty boring looking at a pair of potatoes for four hours.

7. Once the time is up, take the potatoes out of the water, dry them, and place them on the scale. Compare their masses before and after. 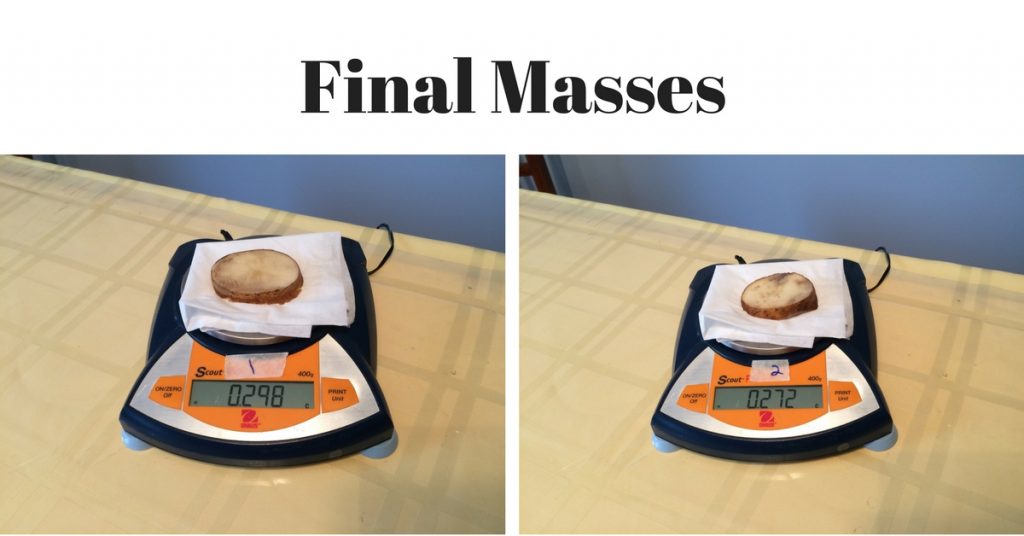 8. Have your students complete the row ‘Describe what happened’
9. Explain what occurred.

10. Have your students complete the last row using the information you provide in the explanation.

As shown above, there was a significant difference in the two trials. The fresh water potato gained some mass (small amount of water absorbed), while the salt water potato lost 11% of its mass. The loss in mass was due to water leaving the potato to balance the water concentrations as the environment was rich with salt. 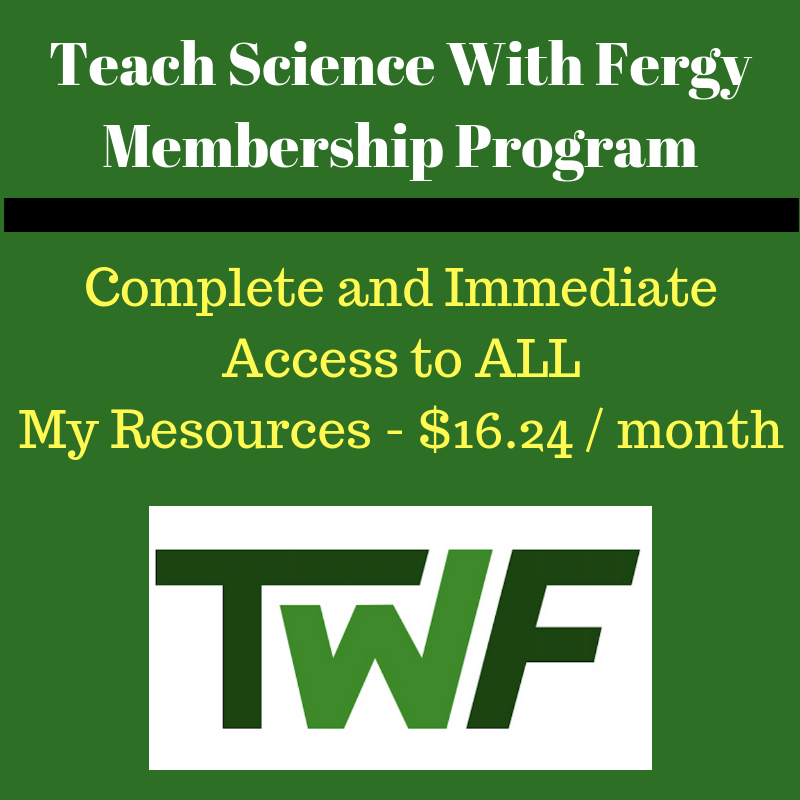 Spin To Win!
I don't feel lucky
10% Discount
20% Discount
Next time
Almost!
15% Discount
30% Discount
40% Discount
50% Discount
25% Discount
35% Discount
No prize
Unlucky
Spin the TWF wheel to win a prize!
Enter your email address and spin the wheel. This is your chance to win amazing discounts!
Our in-house rules:
Your coupon code is valid for