What is fermentation?
Fermentation is a metabolic process done by microorganisms as well as human cells. It can be used to create many things including wine, bread, yogurt, and beer. In the process, microorganisms break down carbohydrates such as starch and glucose and change them into carbon dioxide, alcohol, and energy. One of the key points of fermentation is that it is an anaerobic process. That means that the entire process does not use oxygen. This is the case for each example below. If the bacteria or yeast being used is exposed to oxygen, the process will not work. 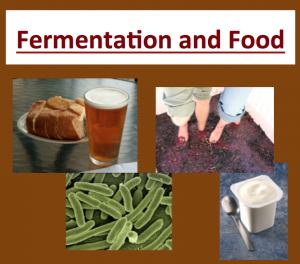 Fermentation is pretty amazing but I’m going to look at one process in particular. One that is near-and-dear to my heart, beer. 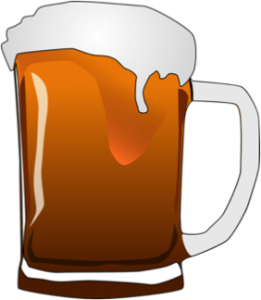 To make beer you need a source of sugar (the wort), yeast and an airtight container to hold it all. To make beer, you mash up the barley (a grain from the grass family) and remove the sweet inner liquid called the wort. You then add the wort to the yeast in a sealed container with no air and allow the yeast to eat the sugars for about two weeks at 68°F (20°C). Since there isn’t any oxygen, the yeast performs anaerobic respiration and produces ethyl alcohol (which will later be refined into drinking alcohol) and carbon dioxide. Once fermentation is complete, the yeast cells fall to the bottom of the fermenter and are removed. During the process, some of the carbon dioxide produced is removed while some is kept inside the container. This is what gives beer its carbonation like Soda Pop.

If you enjoyed this short article and would like to learn more about fermentation and food creation, please check out my Reading – Fermentation and Food by clicking here or the image below. 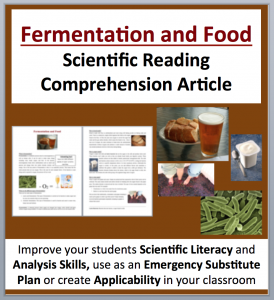